Disclosure: As an Amazon Associate I earn from qualifying purchases made through links on this site. I may also earn from links to other online retailers at no extra cost to you.

For those waiting for the MB-N10 battery grip that has also arrived and Nikon says that it will increase battery life by 1.8x. Unfortunately it is purely a battery holder, there are no vertical controls offered for portrait-orientation shooting. 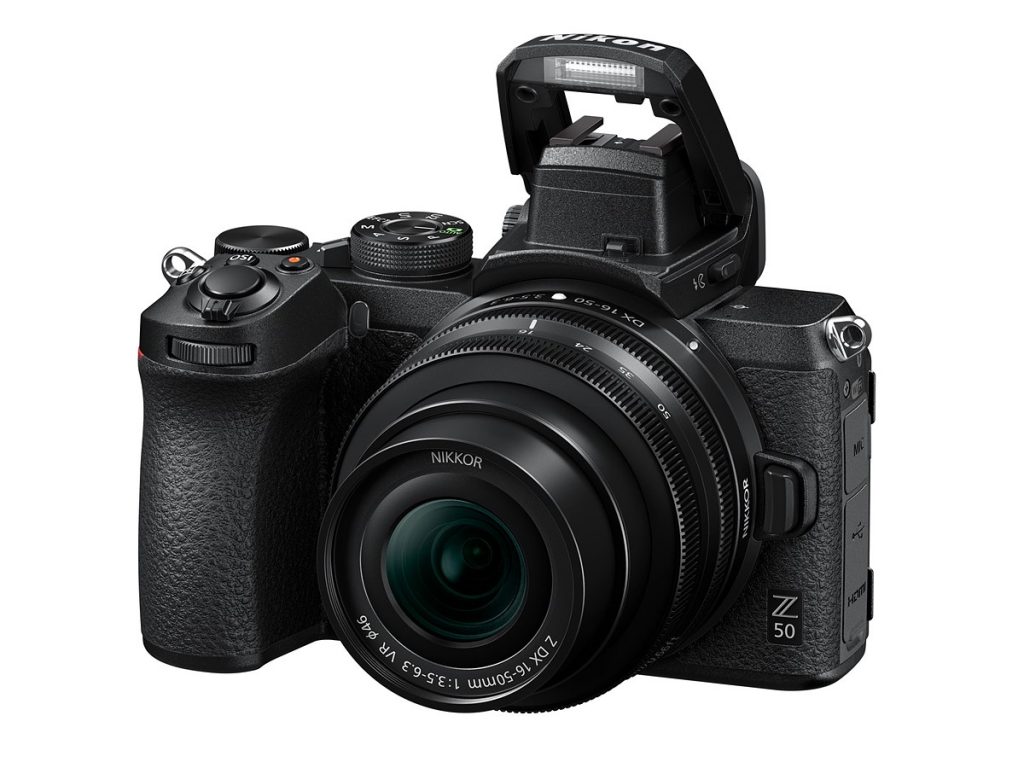 The Z 50 is Nikon’s first DX-format mirrorless camera. It inherits its design and operability, reliability, and future possibilities as a mirrorless system from the Nikon Z 7 and Nikon Z 6, further improving on those characteristics and condensing them into a compact, lightweight, and durable body capable of superior rendering capabilities and rich power of expression. It is equipped with the Z mount, which is compatible with both the NIKKOR Z DX and NIKKOR Z FX, ensuring support for all NIKKOR Z lenses and allowing users to enjoy great variety in imaging expression. 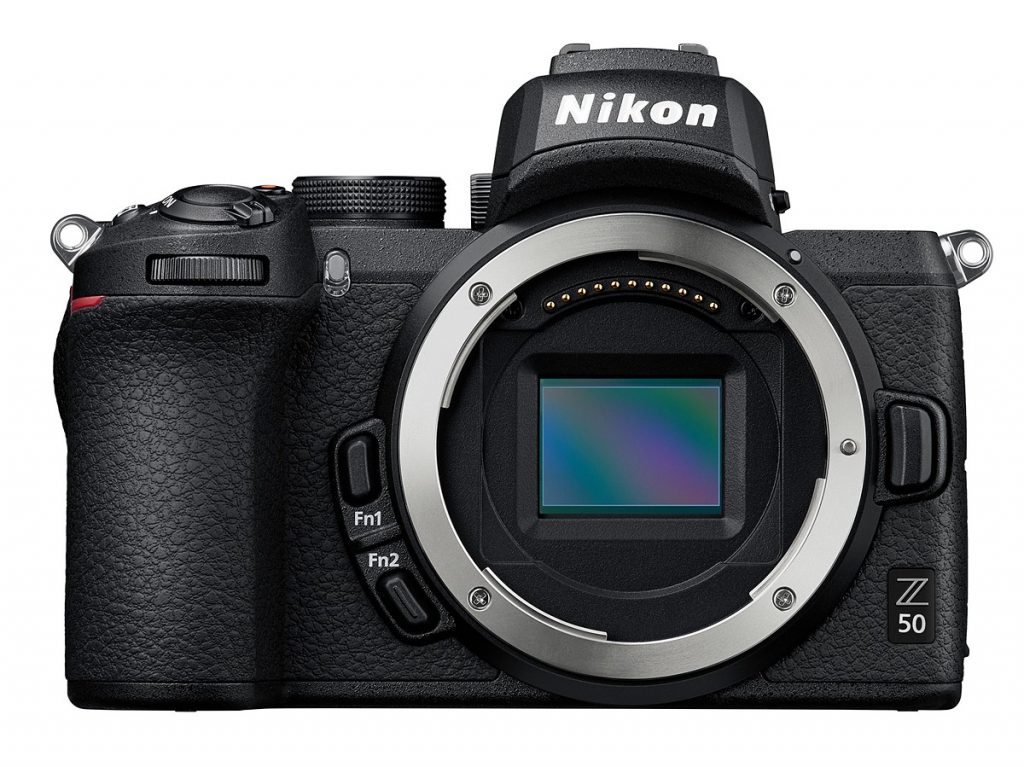 The Z 50 has an effective pixel count of 20.9 megapixels, and is the first Nikon DX-format camera to be equipped with a CMOS sensor that incorporates focal-plane phase-detection AF pixels. Adoption of this image sensor, along with the EXPEED 6 image-processing engine, has made a broad range of standard ISO sensitivities — ISO 100-51200*1 — possible for superior image quality with very little noise throughout that range. 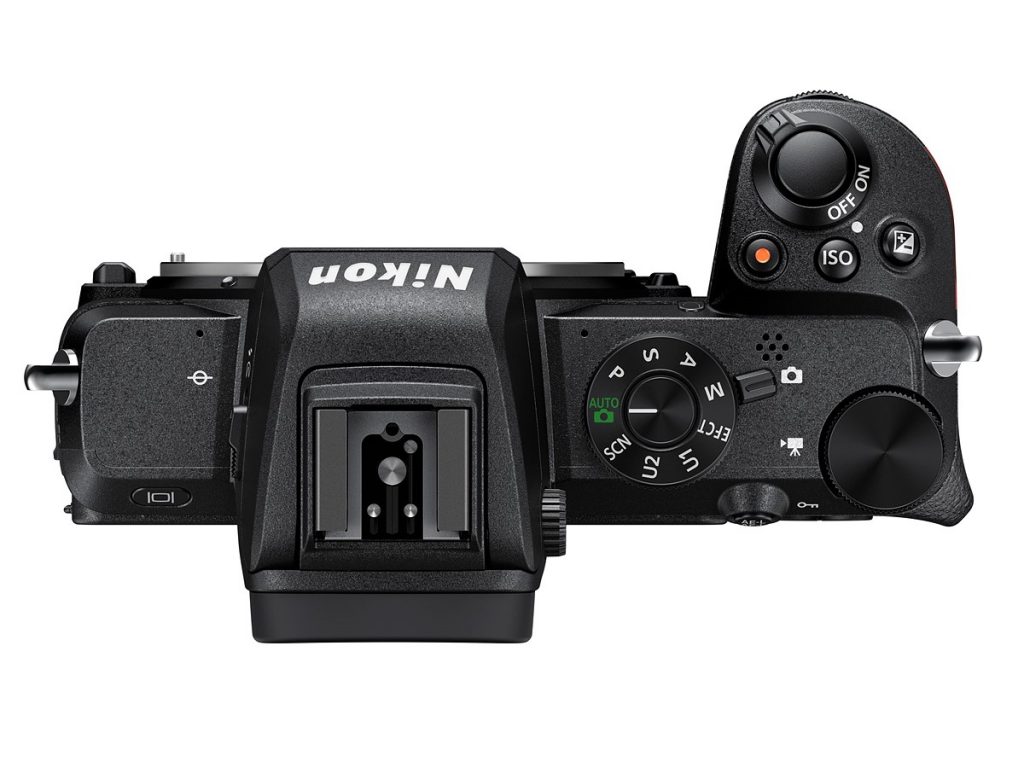 The camera is also equipped with features such as mid-range sharpening and Creative Picture Control, enabling support for creative imaging expression equivalent to that offered by the Z 7 and Z 6. When NIKKOR Z lenses are used, the Z 50 demonstrates superior resolution and rendering capabilities with both recording of still images, and videos. 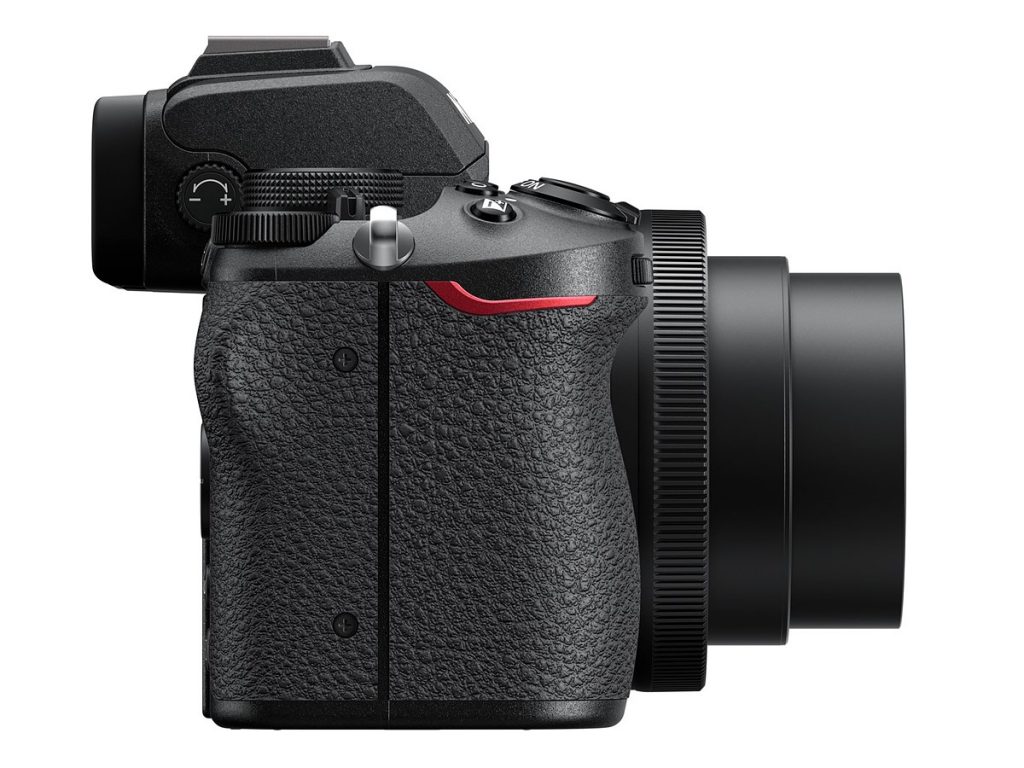 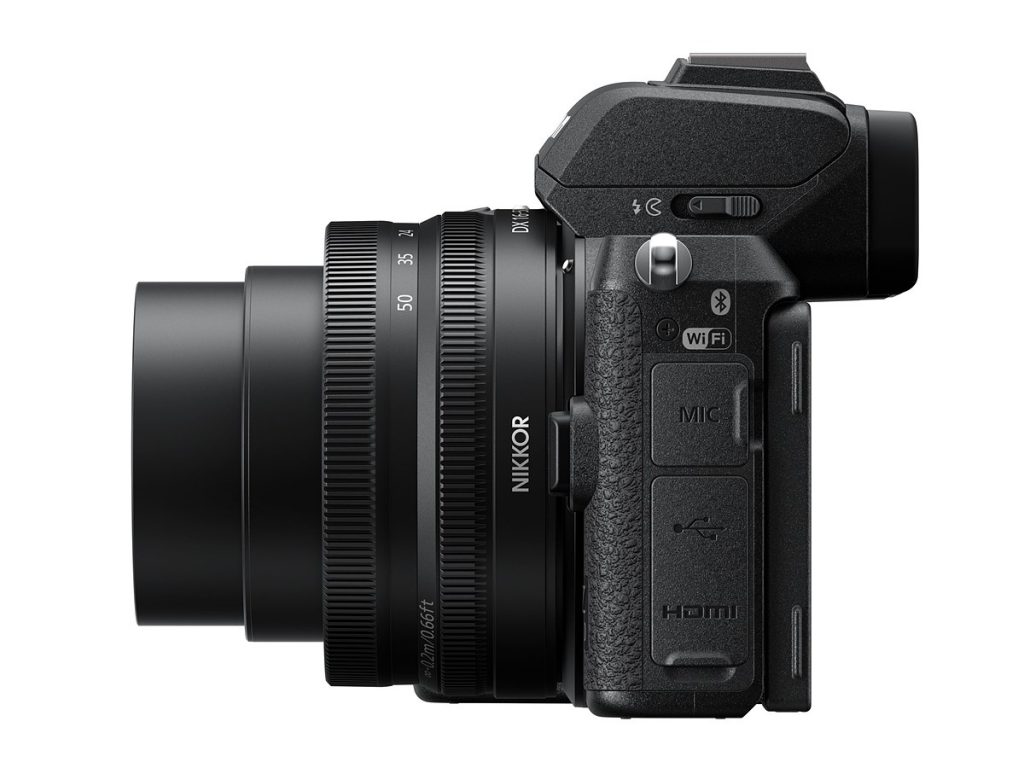 It has a 3.2-inch, approximately 1040k-dot tilting TFT touch-sensitive LCD monitor that supports touch operation that smartphone users will find familiar. The tilting monitor has a wide range of movement that enables recording of still images and videos from a variety of angles, and also supports selfies. 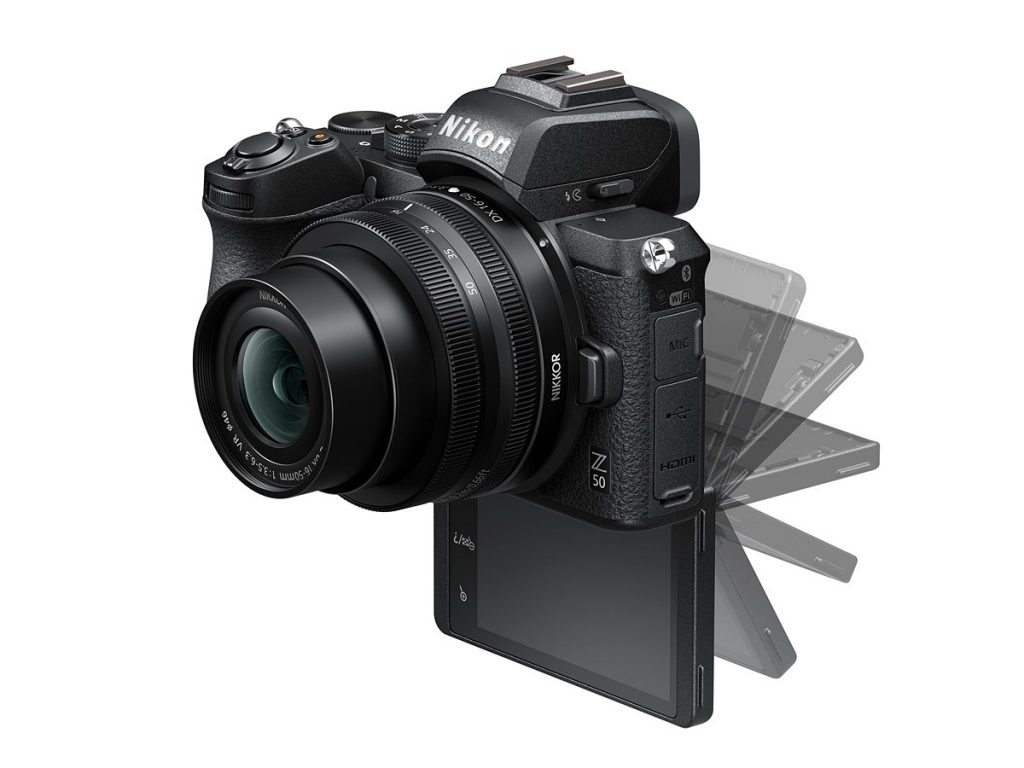 The Z 50 also supports recording of 4K UHD movies without any crop. Further, the SnapBridge app can be used to transfer photos and videos recorded with the camera to a smart device*2, allowing users to easily share them with others via social media. 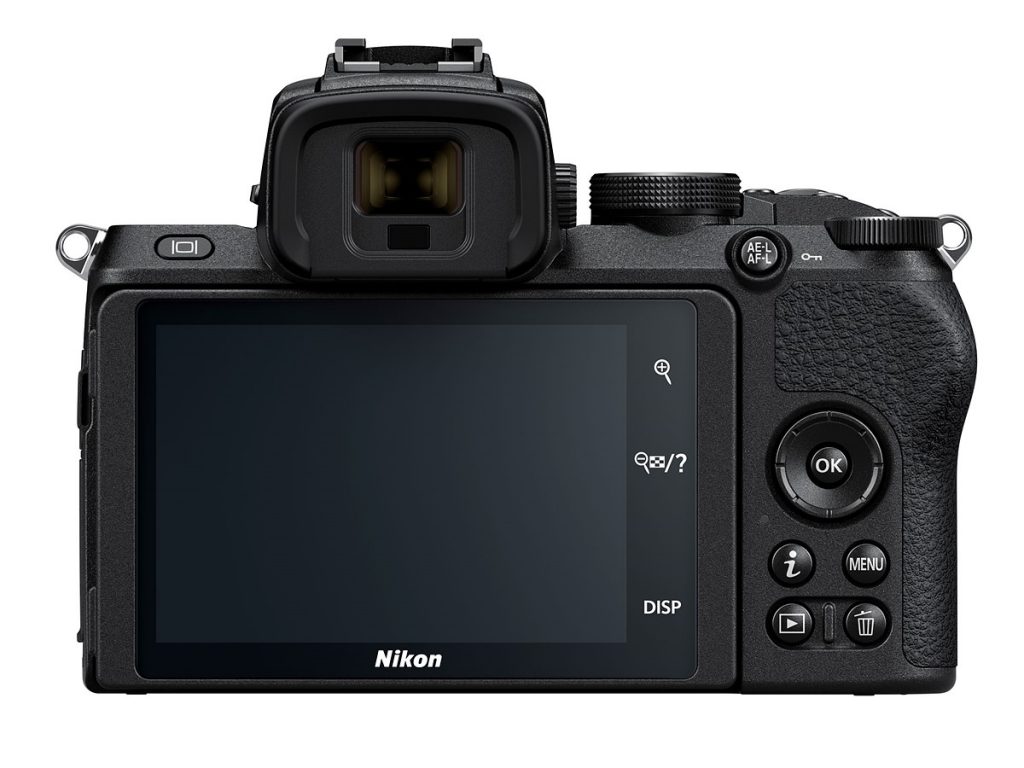 The Z 50 is a compact and lightweight, high-performance mirrorless camera that combines the rich power of expression afforded by still images and videos exhibiting superior image and picture quality with simple and intuitive operation. It empowers users looking to express their own individuality through high-quality images. Releasing the Z 50 for a wide variety of users, including those advancing from smartphone photography, will help Nikon to expand its foothold in the Z mount system mirrorless camera market. 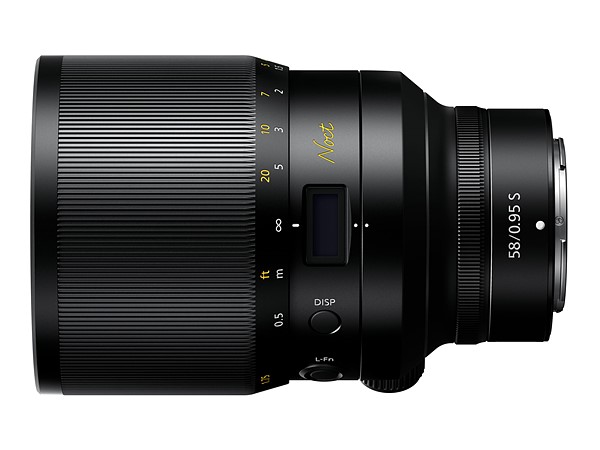 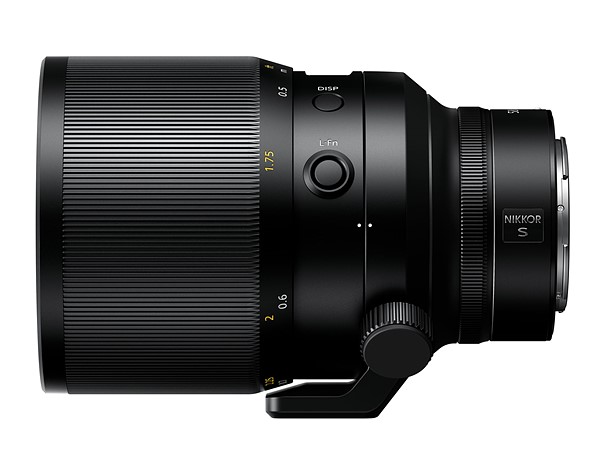 With its f/0.95 maximum aperture this is the fastest Nikkor lens ever made. It comprises 17 elements in 10 groups; three aspherical elements are included, one of which is ‘large diameter’. Nano Crystal coating helps control flare and ghosting from light entering the lens at diagonal angles, while Nikon’s newer Arneo coating has been added to deal with incident light entering the lens vertically.

The Noct has been designed with low light photography in mind. Nikon says that the lens will reproduce point light sources faithfully across the entire frame, without the smearing effects of sagittal coma flare.

It weighs 4.4lb / 2,000g and measures 102 x 153mm (4.01 x 6.02 in). The top of the lens barrel features a small display that can display focus distance, aperture and depth-of-field, plus a customizable control ring that offers quick access to aperture or exposure compensation. The lens is manual focus only. 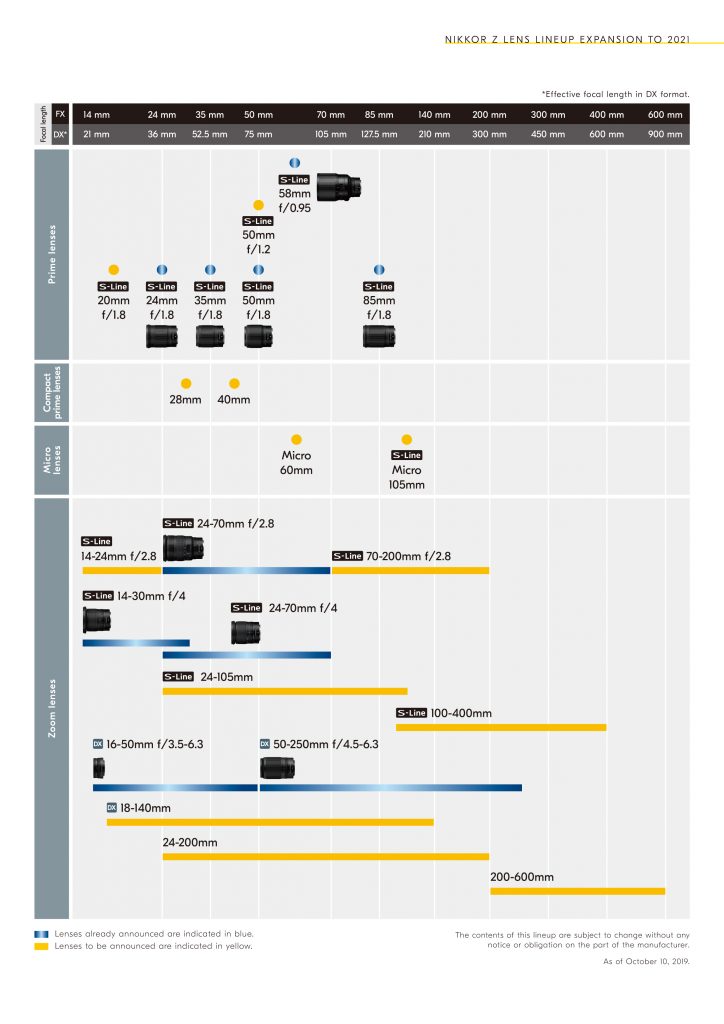 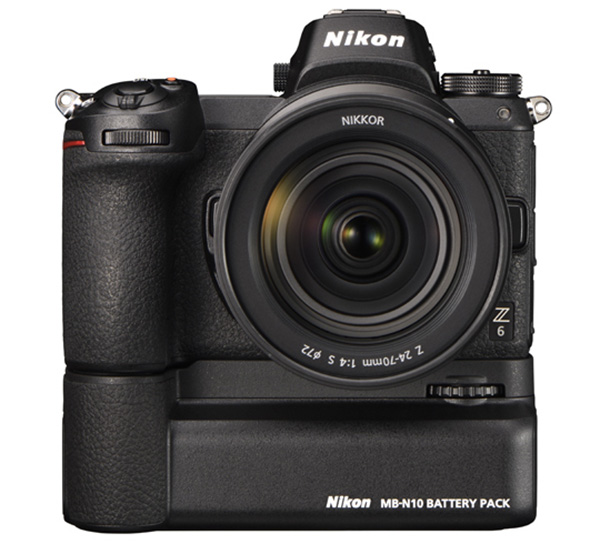 Nikon has finally announced the long-awaited battery grip for its Z6 and Z7 mirrorless cameras. However, because of the lack of electrical contacts in the z6 and z7, the MB-N10 is simply a battery holder, there are no vertical shooting controls.

It features lights that indicate the charge level of the batteries inside, and a USB-C socket that allows the unit to act as a charger, providing you are using the latest EN-EL15b batteries. There’s also an a small recess for storing the camera’s battery compartment door, to prevent it being lost.

The MB-N10 is also a “hot swap” battery pack that continues to supply power even when one of the two batteries is removed, as long as the other is not exhausted.

The MB-N10 will be available from November at a price of $199. Full details here.

My Nikon Z Series lenses guide covers covers all of the Z mount lenses from both Nikon and third parties with links to the best reviews and sample photos. 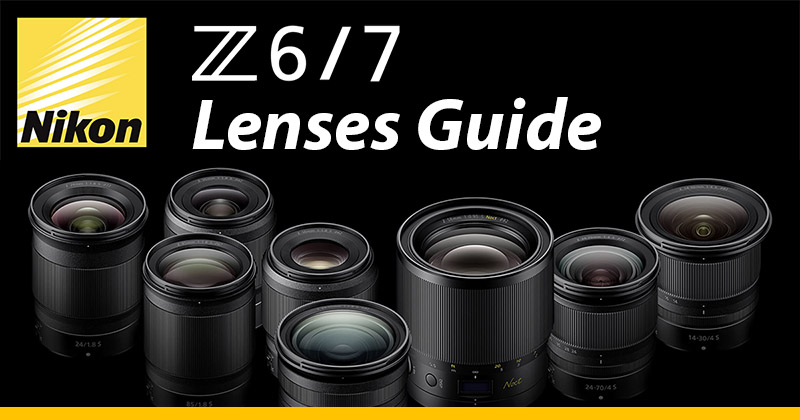 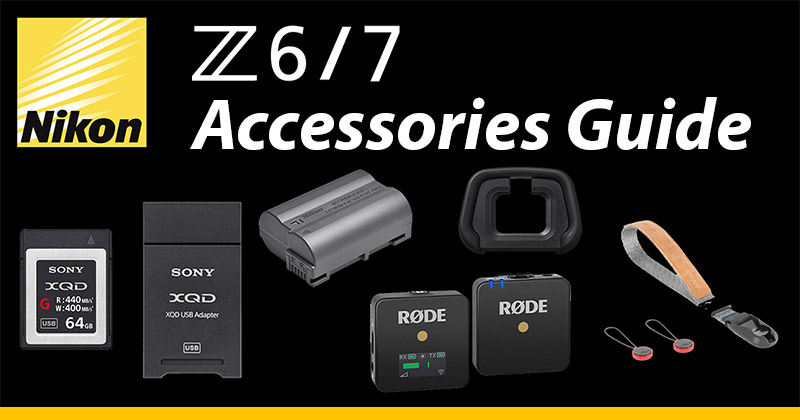 Within this article there are affiliate links. If you decided to buy something after clicking a link, we may receive a small commission.